Meet the artists behind The New Live

Our dynamic group of creative minds offers expertise in music, art, design, production, and technology. We are eager to work with you to enhance your concert presentations! Scroll down to learn more about us.

Meet the artists behind The New Live

Our dynamic group of creative minds offers expertise in music, art, design, production, and technology. We are eager to work with you to enhance your concert presentations! Scroll down to learn more about us. 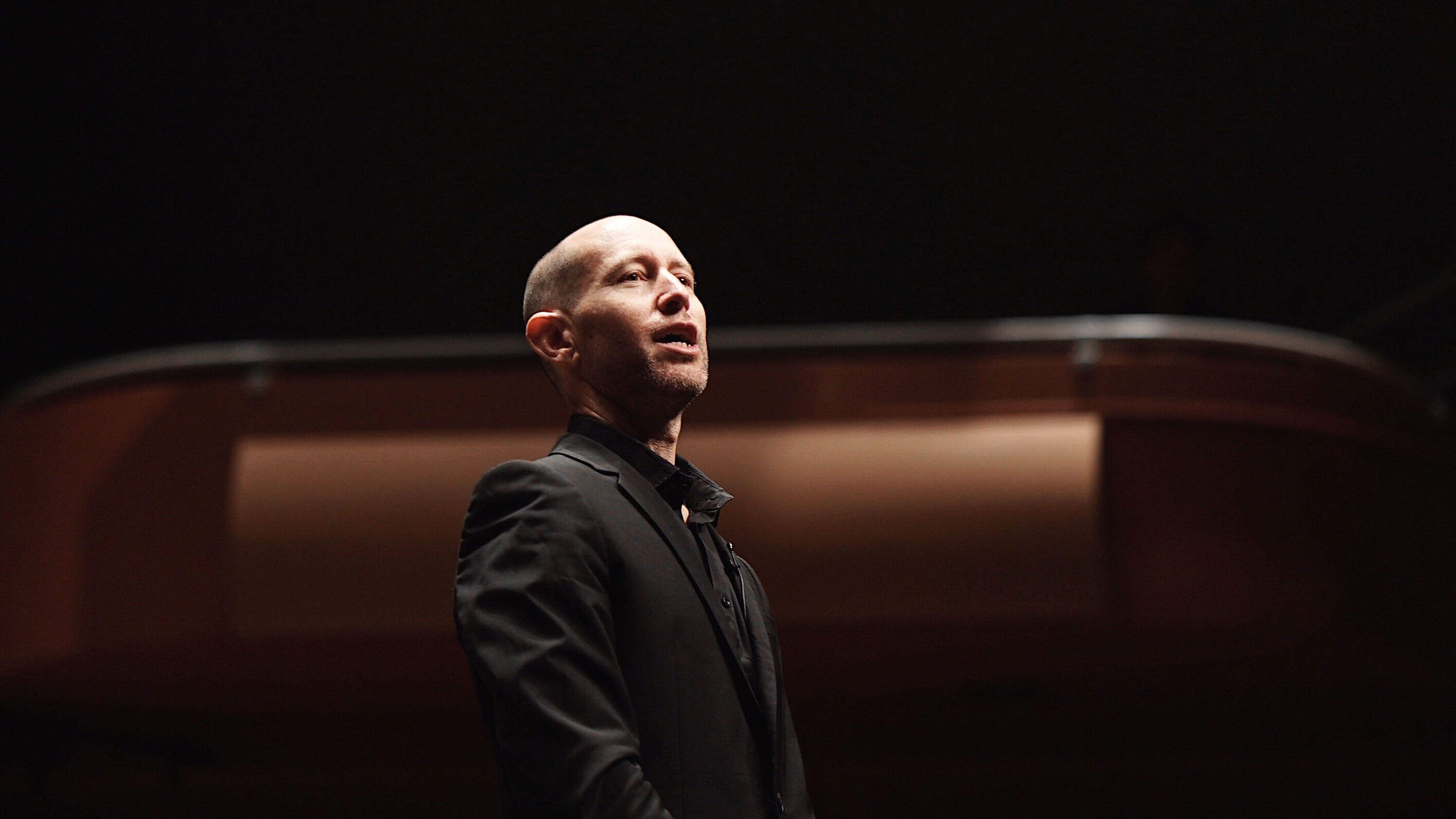 Founder, Conductor, and Producer
Jason Weinberger stands out among musicians of his generation for his wholly contemporary approach to the programming, presentation, and performance of ensemble music. As a conductor and concert producer he works with diverse ensembles across the globe to create meaningful connections and vibrant experiences around music. These interests also coalesce in The New Live, which Jason founded to bring sophisticated multimedia projects to orchestras and other presenters.
Jason is currently Artistic Director of Iowa’s pioneering ensemble wcfsymphony, having also spent four years in a unique dual role combining his musical work with the responsibilities of CEO. Under his leadership the orchestra has made major strides, performing a wide variety of new and recent American music by up-and-coming composers including Chris Thile, Miguel Atwood-Ferguson, Timo Andres, Adam Schoenberg, Daniel Roumain, and Gabriel Kahane and collaborating with some of today’s most important musicians including Yo-Yo Ma, David Shifrin, David Krakauer, Peter Schickele, Brandi Carlile, Matt Haimovitz, Simone Dinnerstein and Edgar Meyer. Jason has established several successful wcfsymphony concert series in community-oriented venues and has expanded the orchestra’s horizons to include incisive, informed performances of 17th- and 18th-century music and jazz. Jason is also a dynamic proponent of the arts throughout the Cedar Valley and spearheads wcfsymphony’s wide-ranging community engagement initiatives. As likely to be found in an elementary school classroom as on a stage, Jason brings his natural ease with young people to wcfsymphony’s captivating concerts for kids.
Both in and beyond his work with wcfsymphony Jason is dedicated to reinvigorating the symphonic tradition through collaboration with creative voices from outside the orchestra hall. In addition to his groundbreaking multimedia presentations for The New Live, he is the conductor for Grammy-winning singer songwriter Brandi Carlile – they have appeared together multiple times at the Seattle Symphony, Oregon Symphony, Edmonton Symphony, Colorado Symphony and Nashville Symphony – and has partnered with a host of artists and bands including Gary Kelley, Mochilla, PROJECT Trio and Calexico. He is also active as a live film conductor and has led performances of The Wizard of Oz, Fantasia, Harry Potter and the Sorcerer’s Stone, Jane, The Nightmare Before Christmas, The Snowman, and others.
Jason’s singular outlook was formed by both his education and his work with a variety of notable ensembles. He is a native of Los Angeles and began his musical training there on both piano and clarinet, pursuing studies on the latter instrument with Yehuda Gilad at the Colburn School for the Performing Arts. He attended Yale University, first receiving a bachelor’s with academic distinction in intellectual history and then completing a master’s degree in clarinet performance under the tutelage of David Shifrin. After leaving Yale Jason attended the Peabody Conservatory as a master’s student of Gustav Meier and was a recipient of the Graduate Conducting Fellowship and a Peabody Career Grant. Other mentors included Leonard Slatkin at the National Conducting Institute, David Zinman at the Aspen Music Festival, and Donald Thulean.
Jason began his professional career as a cover conductor with the National Symphony Orchestra and performed with the NSO several times in addition to leading the Kennedy Center/National Symphony Orchestra Summer Music Institute. While in the mid-Atlantic region Jason directed the orchestra program at the Baltimore School for the Arts, where he founded an adventurous chamber orchestra and conceived and led a number of new initiatives for engaging and mentoring urban youth through music. Other notable ensemble affiliations include the Louisville Orchestra, with whom he was awarded a national Bruno Walter Career Grant for his four year tenure as resident conductor.
Jason loves life with his wife Jenette and their three boys: Benjamin [12], Levi [10], and Miles [4]. When Jason is not in Iowa for concerts and symphony activities or traveling for guest conducting he resides in Winhall, Vermont where he volunteers at Israel Congregation in Manchester and coaches alpine ski racing at Stratton Mountain. More professional and personal insights from Jason are at jasonweinberger.com. 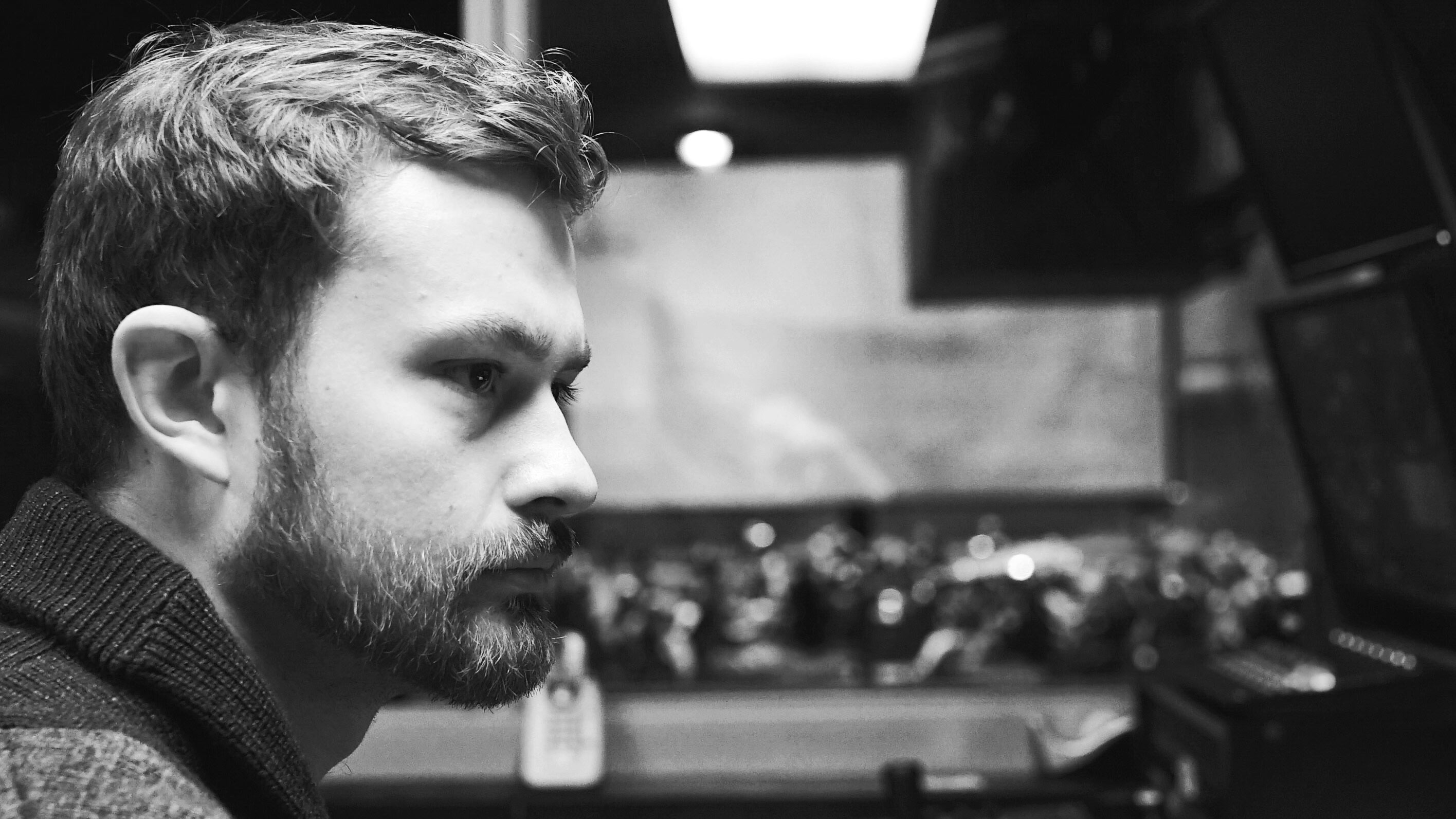 Technical Director
Jacob Meade is an emerging filmmaker from Cedar Falls, Iowa. Since childhood, Jacob has had a love of drawing pictures, playing music, and creating videos, making his contributions to The New Live a perfect melding of his interests and skills.
During his early professional career, Jacob worked as a documentary editor and camera operator, lending his skills to a variety of humanities and education-driven pieces on topics ranging from hippies to Southern identity to tallgrass prairie. He is showrunner and director for the popular Iowa Public Television series Iowa Entrepreneur and is a producer for the Cedar Falls production company Around the Corner, where he crafts local and regional video content for broadcast and online distribution. In all of his various projects, Jacob’s ultimate goal is to unearth great stories and tell them with integrity.
Jacob attended the University of Northern Iowa, graduating with a degree in electronic media. While at UNI, Jacob explored studies in theatre, film, and English, and earned the opportunity to study under Hungarian film director Ferenc Török.
Jacob’s projects as a video professional have led to collaborations with peers from across the globe. In early 2017, he traveled to Germany as a lead cinematographer for a documentary on the 500th anniversary of the Reformation, featuring performances by the internationally-acclaimed Wartburg Choir. Other major projects have sent him to Boston for an educational series with Tufts University and Washington D.C. for web content on American Legion volunteerism.
In his position with The New Live, Jacob has been a key artistic collaborator with illustrator Gary Kelley on A New Nutcracker and Nachtmusik. Jacob worked closely with Gary to conceptualize, capture, and animate his artwork to develop compelling, music-driven narratives. For The New Live productions, Jacob crafts and directs these projections to accompany live orchestral performances. 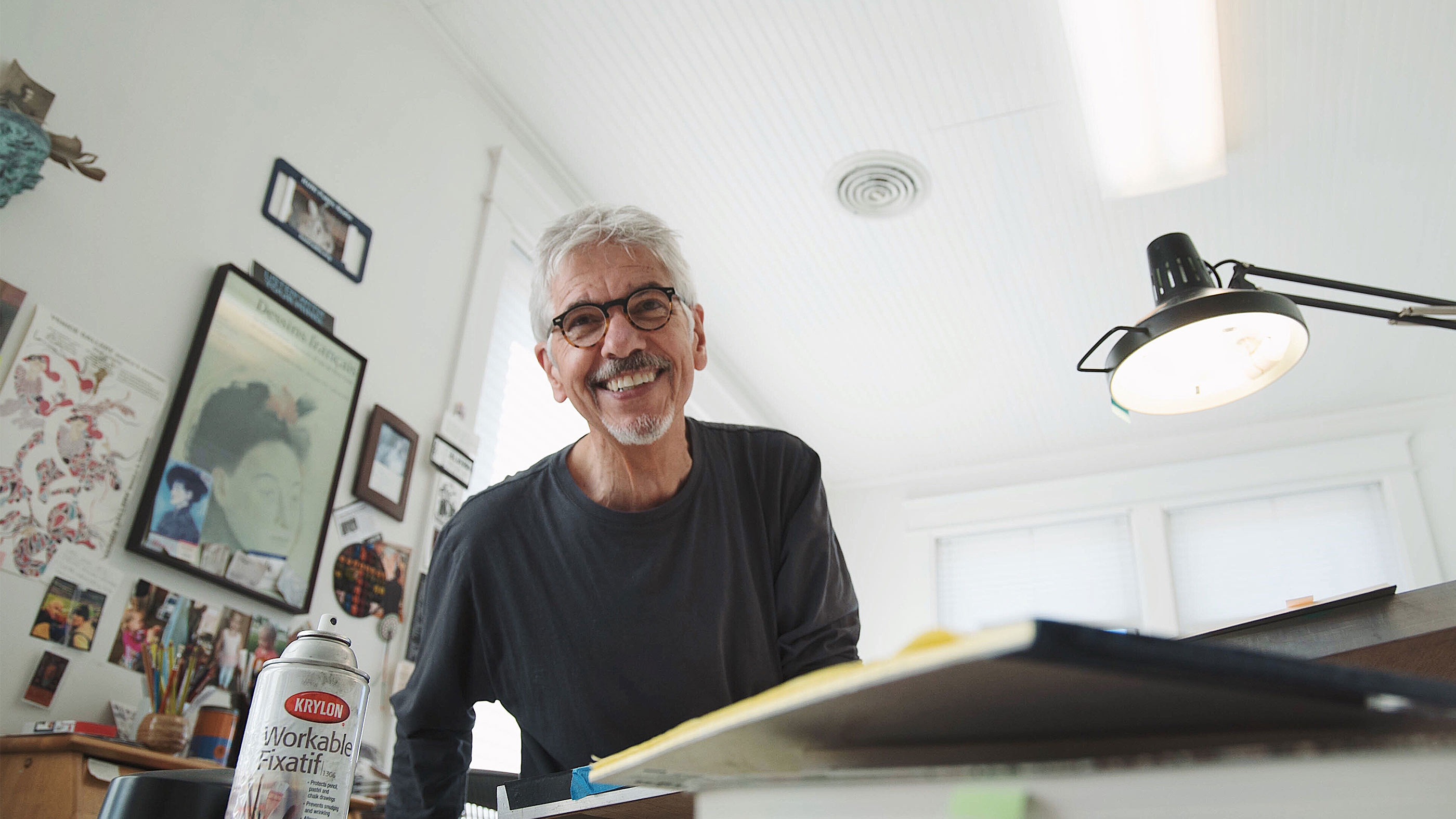 Artist
Gary Kelley is a well-established, highly regarded artist among both the public and his peers. With the ability to capture the essence of his subject, his beautiful works have become an emblem of fine art within the industry. Kelley received his degree in art from the University of Northern Iowa in 1968 and received an Honorary Doctor of Humane Letters degree from the University of Northern Iowa in 1995. Gary is a member of the prestigious Society of Illustrators and has received 28 gold and silver medals from the Society’s Annual Exhibitions in New York, setting a society record. In 2007, Gary was inducted into the Society of Illustrators Hall of Fame.
Kelley is a sought-after artist whose clients have included Time Magazine, Atlantic Monthly, Rolling Stone, The New Yorker, and Playboy. His illustrations have been commissioned by The National Football League, The National Basketball Association, Geffen Playhouse, Santa Fe Opera, Island Records, the Kentucky Derby, and the Rock & Roll Hall of Fame. Kelley was the creative force behind the famous murals that adorn Barnes & Noble Bookstores nationwide. He was also commissioned to create a large music mural over the stage for the Rock & Roll Hall of Fame 25th Anniversary concert at Madison Square Garden in New York.
Working in a variety of mediums and influenced by a broad range of art history, his focus is often on story and narrative. He has illustrated 30 picture books, mostly inspired by literature or history; from MacBeth to Rip Van Winkle, World War I to the Dust Bowl, Nicolo Paganini to Eleanor Roosevelt and beyond. This work has led to an ongoing series of projects with wcfsymphony and The New Live, creating visual stories set to music by Holst, Ellington, Gershwin, and Mahler.
Gary has taught as a drawing and illustration adjunct professor at UNI and the Hartford Art School in Connecticut. He also joins the faculty of the Illustration Academy in Kansas City for a week every June and the Hartford Art School MFA faculty for a week each July. He and his wife Linda are frequent travelers, but they always look forward to returning to friends, home, and studio in Cedar Falls. They are parents of a daughter living in Santa Monica, CA and a son living in North Liberty, IA with his wife and 3-year old daughter (who is enthralled by Gary’s project A New Nutcracker set to the music of Duke Ellington). 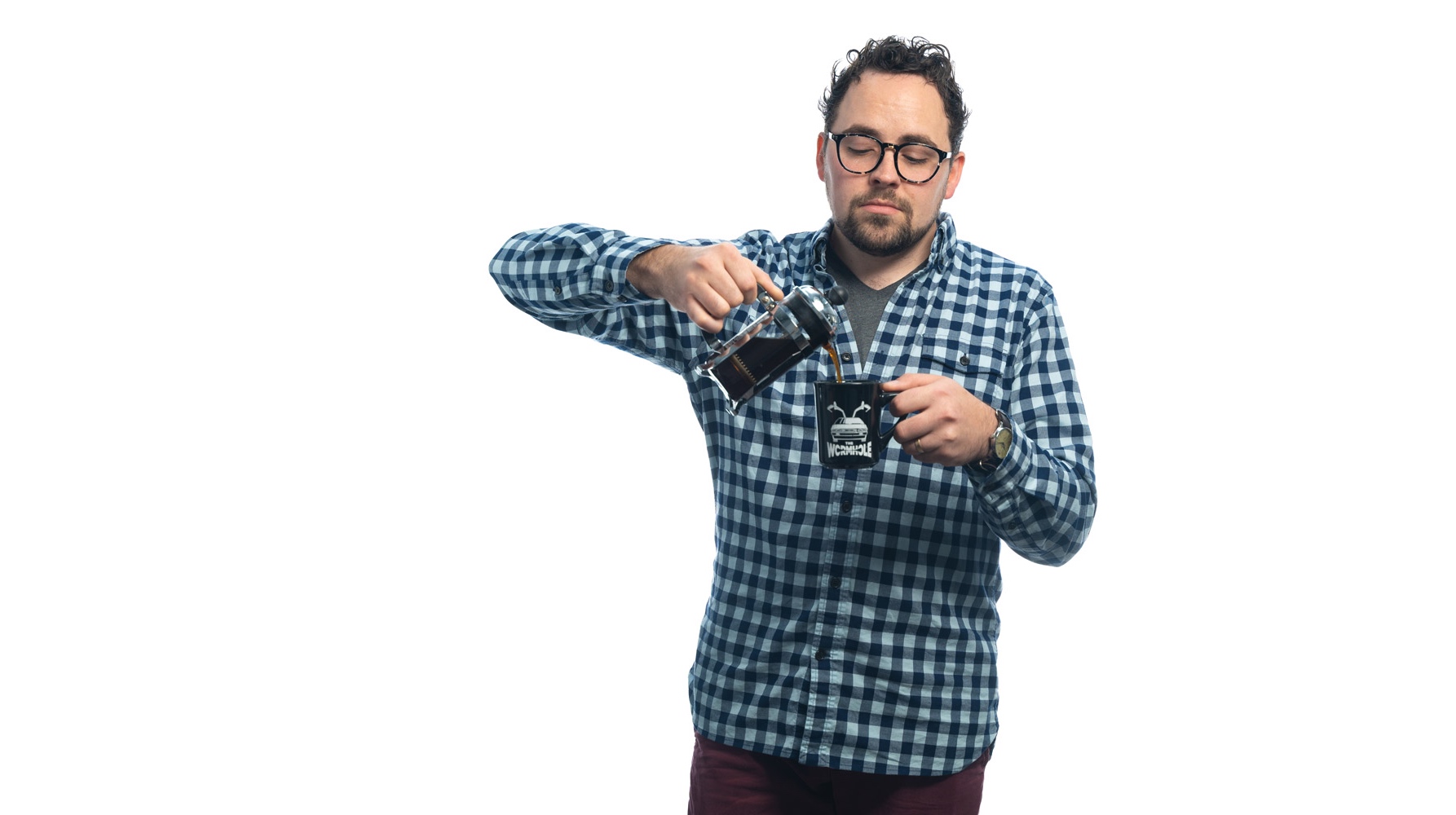 Noah Henscheid is a left-handed, caffeine-fueled, ambitious digital creative with a passion for intelligent design. During his teenage years, Noah’s award-winning digital photography earned him several gallery spots in his hometown of Waterloo-Cedar Falls, IA; this led to work with Jason Weinberger and wcfsymphony. Noah and Jason went on to document more than twenty wcfsymphony performances over a six-year span.

Noah graduated from the University of Iowa with a BFA in design; his areas of study included digital photography, web, graphic, and 3D design. Upon graduation, Noah’s focus turned towards brand identity, helping companies find their voice through digital and print marketing.

Noah spent a combined five years working as a designer and marketer for two very different retail experiences — a coffee roasting company and a culinary arts school. He then departed from in-house work and established Hire Noah, a digital consulting agency. He currently resides in Iowa in 2019 with his wife, Hanna, their two awesome kids, Abraham and Layla, and two crazy cats, Addy and Obadiah.

Noah facilitates all branding and web design implements for The New Live, working directly with Jason Weinberger to deliver the proper online presence for each experience. He also oversees branding cohesion and retention, providing visual insight, digital assistance, and design skills to agencies where needed. 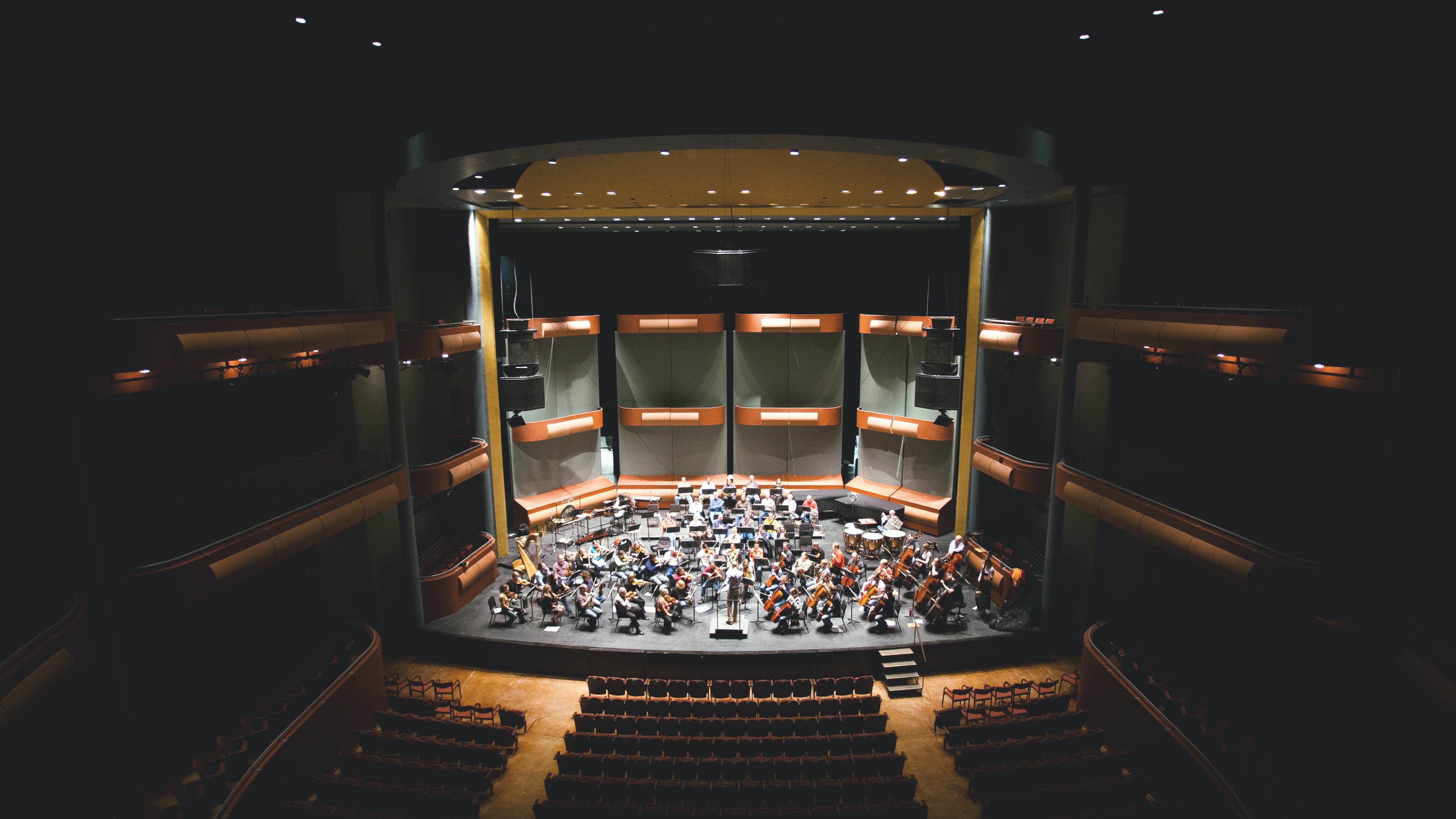 Support and Collaboration
The New Live is deeply grateful for the partnership of several organizations who support our work and collaborate with us to premiere our productions. Without their assistance, we could not bring our inspired presentations to life!
wcfsymphony is a professional orchestra based in Waterloo-Cedar Falls, Iowa whose mission is performing the best live music there is. Noted for inventive, contemporary approaches to ensemble performance which engage audiences more meaningfully in live performance, wcfsymphony has premiered four Gary Kelley productions. Learn more at wcfsymphony.org.

Around the Corner Productions is an Iowa video production company that specializes in storytelling. ATCP has assisted The New Live with camera equipment as well as editing software and hardware, allowing us to bring you the best video technology available today. Learn more at atc-p.com.

Hire Noah is a design consultancy founded and run by our very own Noah Henscheid. Its resources enable us to share all aspects of our media-rich projects with you through this website, and also offer the option of specialized marketing services with all of our bookings. Learn more at hirenoah.com.

Ready to bring our stunning presentations to your stage? Contact us about booking our productions and services.